A Look at Jewish Funeral Traditions

The specific elements of Jewish funeral traditions can vary from community to community. However, the basic concepts tend to remain the same. Friends of mourners who follow the Jewish faith may wish to learn more about the typical funeral service and how to express condolences before calling on the family. Doing so is a sign of respect to the family and the decedent, and will help you offer comfort to the family without committing any faux pas. 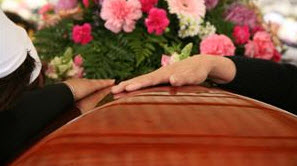 Many cultures rely on a gift of flowers for the bereaved as a means of expressing condolences. However, sending flowers to the funeral home or family home is generally frowned upon in the Jewish tradition . Instead, you can express your condolences to the family by offering kosher meals, sending a sympathy gift basket, or sending a sympathy card to the family while they are sitting shiva. It is also considered a thoughtful and kind gesture to have a tree planted in Israel in memory of the decedent.

A Jewish funeral traditionally takes place within 24 hours of the passing. The body is not generally embalmed, but rather is washed and placed respectfully within a closed casket. A rabbi conducts the funeral service, and family members may share eulogies and prayers.

The mourning period immediately following the funeral service and burial is referred to as “sitting shiva.” It is traditionally a seven-day time period during which the immediate family members remain in the home to mourn the loss of the decedent. They may recite prayers and follow other Jewish customs during this time. While the family is sitting shiva, it is appropriate for extended family and friends to visit the shiva home to express condolences. A shiva call should generally not last longer than an hour. Callers should avoid initiating conversation, but rather listen and offer support when appropriate.